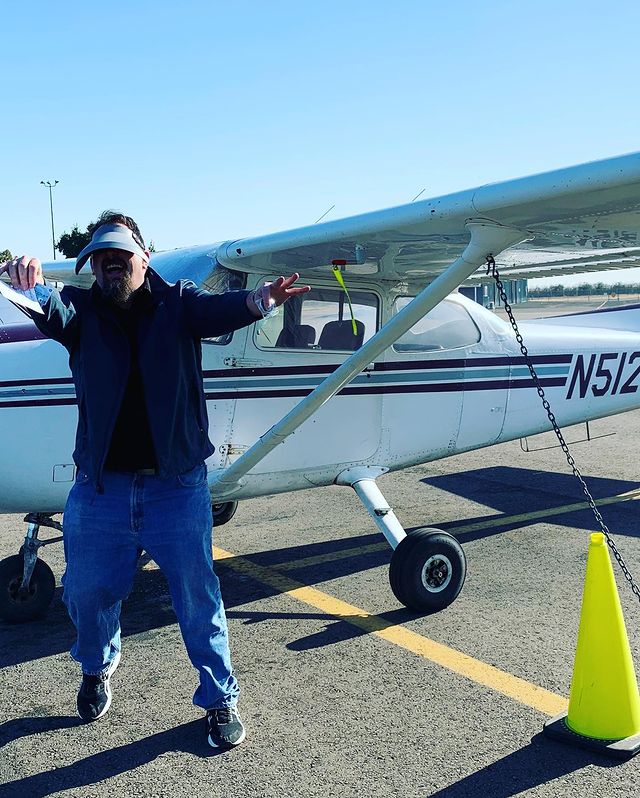 I earned my private pilot certificate in June 2018, then I began building hours for the required 50 hours of cross country flying required to receive an instrument rating. On Saturday, I went for my instrument rating checkride. First things first was to go through all of the paperwork to ensure that everything was in order. Next we went through the oral portion and it was pretty uneventful.

We took a lunch break and I went to preflight the airplane. After the preflight, we briefed what the plan was and how we were going to fly it. First would be the partial panel VOR A at Oakdale, followed by an ILS at Stockton, and an RNAV 26 circle to land back into Tracy.

We load into the plane, perform the prestart checklist, taxi checklist, run-up checklist, everything is going great. We begin the take-off roll and I perform the obstacle departure procedure and we're on our way towards the Modesto VOR.

I switch over to NorCal Approach and request the VOR-A at Oakdale with published missed approach. I cross the Modesto VOR and he puts me into partial panel by covering my directional gyro and attitude indicator as I expected. I brief the approach, but I guess I don't say the briefing out loud.

Upon reaching the missed approach point, I call out the altitude and state that I was going missed, I throttle up which causes the aircraft to veer a bit to the right, I correct and get back on course. I switch NAV1 and NAV2 so that when I reach the proper radial for the Linden VOR I will be flying on NAV1. I reach the radial and make a left turn to follow it to the hold. The DPE started asking me questions about why I hadn't started my clock or when I was going to turn inbound, which made me second guess myself and I adjusted the NAV2 Omni-Bearing-Selector which caused the needle to swing past center, which confused me even more. And I begin to make my turn, I get half way around the turn and he stated that the ride is over.

That hurts, I'm still in the turn and I just keep turning with the hood on for about a minute. We talk about what went wrong, what I was thinking and doing, the fact that I didn't "brief" the approach.

I asked if we could continue with the rest of the ride. He said "sure", so we asked NorCal for an ILS approach into Stockton with an alternate missed towards Tracy. I fly the approach to minimums, go missed and turn towards Tracy as instructed by ATC. Next I fly the RNAV 26 into Tracy and circle to land on 30.

Because of the initial discontinuance, I scheduled to take the retake on the following Tuesday and took some time off work. I asked one of the CFI's to go over holds and went up for a quick lesson in the meantime. We took off and asked NorCal to give us a non-standard hold. They asked to hold over the 270-radial off the Modesto (MOD) VOR, 10 mile legs. We practiced this for a bit and headed back to the airport.

When Tuesday arrived, the DPE asked what we did during the lesson, I told him that I asked NorCal for a hold, he stated he was going to give me a non-standard hold himself and he wasn't sure we could ask ATC to give it to us, so he liked my idea so that's what we did. NorCal gave us a very similar hold, I enter the hold, do the procedure turn to get going the right direction. He asks me to request from ATC if I'm where they want me. to which they reply I was within a quarter of a mile of where they expected me. The DPE says ok we're done go visual you passed.